To Keto or Not to Keto 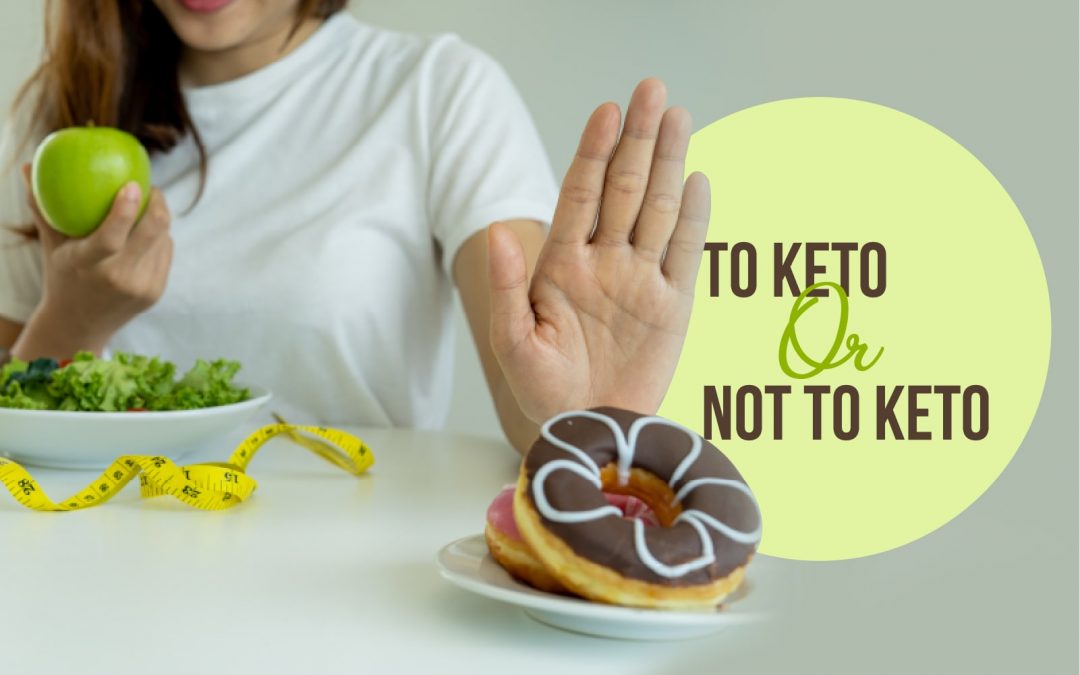 In an era of increasing awareness about myriad diet plans and regimes, the one gaining popularity with leaps and bounds in Keto Diet. People from all age groups are finding it convenient and not-so-boring kind of a diet plan, however, with few questions in head going unanswered.

What is known is that being low in carbohydrates and rich in proteins, this diet ensures adequate nutrition and conversion into fat which is used as an energy source rather than accumulating as fat in the body. However, little is thought upon when it comes to side effects, if not followed under expert advice.

Opposite to the regular carb diet in which food is converted into glucose, which further becomes source of energy to perform routine functions, in a Ketogenic diet, the liver tends to convert fat into fatty acids and ketones, which presumably replace glucose as a fuel.

Against a normal fat requirement of 5-10%, Keto diets comprise as much as 80% fat, which endorse cholesterol spikes and many other ailments arising out of high fat consumption and accumulation. These include indications such as fatty liver, tachycardia, shakiness, consistent fatigue and alike. Especially women fall into the high risk category with being prone to amenorrhoea which means disruption of menstruation cycles. Children also should not fall prey to Keto diet as it increases chances of retarded growth, bone fractures, renal stones and reduced insulin growth factor 1.

Originally Keto diets were formulated for patients with epilepsy, hence making the diet a therapeutic one rather than one meant for weight loss. For a person following this diet without a medical need for it, it is a mere case of a imbalanced diet causing serious health issues in longer run such as clogged arteries, ironically weight gain, disrupted metabolism and unhealthy rise in fat to muscle ratio.

Remember, weight loss is more about wellness and balance than sudden, quick and shocking drop in the number on the weighing scale.