There Are No Thumb Rules & Diets For Those Working Out, A Suggestive List is Often Given by Experts 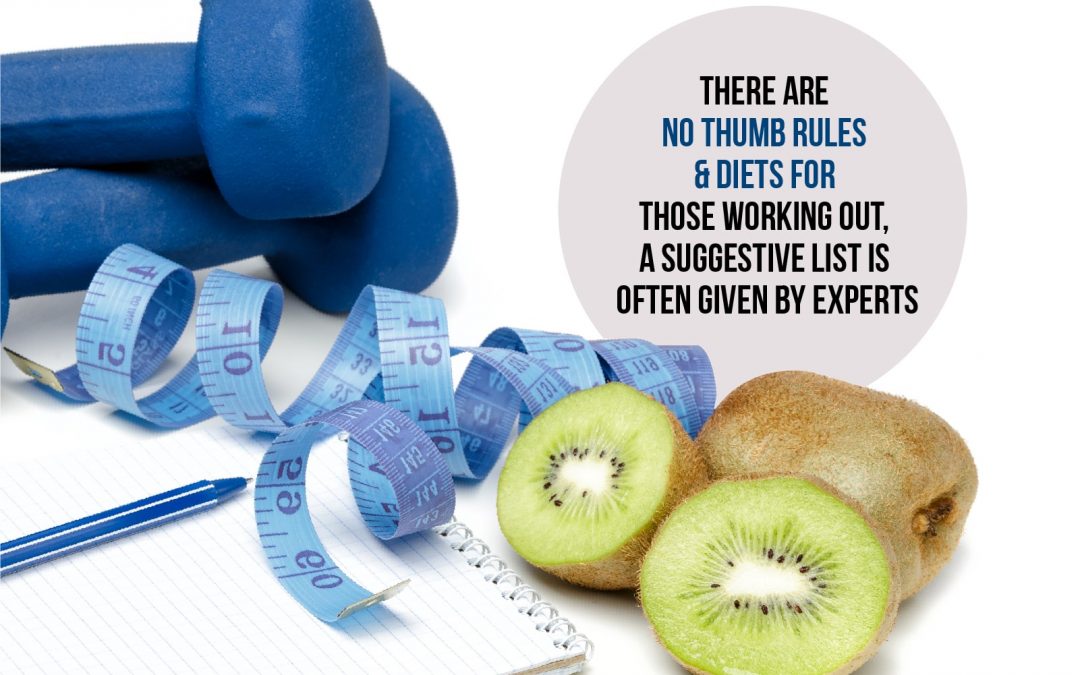 Dietary suggestions for pre-workout – there are certain foods which help in building stamina and should be considered to be consumed before workout:

Post work-out, individuals tend to get tired and indulge in unhealthy eating. It is normal to witness hunger spikes but one should know that immediately after workout, carbs should not be consumed and a gap of 30-40 minutes should be given in between. Quinoa, hemp seeds and chia seeds should be consumed in one or another form too for compensating the increased need for nutrition during training. Also, hydration should be kept optimal with avoiding alcohol, caffeine and sugary drinks.